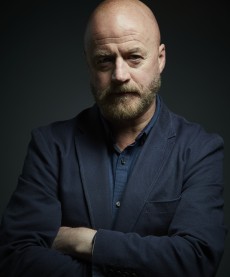 Craig Robertson is a former journalist who interviewed three Prime Ministers, reported on major stories including 9/11, Dunblane, the Omagh bombing and the disappearance of Madeleine McCann.

He also did more interesting stuff like deliver a lamb, spend a week drinking whisky on a yacht, learn to walk like a Masai warrior, spend time on Death Row in the USA, and dispense polio drops in the backstreets of India.

Craig turned to crime with the publication of his debut Random in 2010. Since then, he’s lived a life of murder, mayhem and swearing, yet has so far managed to evade justice.

Craig now shares his time between Scotland and California, where his wife –author Alexandra Sokoloff – is from. They live with a cat. The cat is also American, so accents are a problem.

The son of a prominent MSP is murdered and hung from a bridge in full view of a train load of commuters. Despite being officially off the case and at home on sick leave, DI Rachel Narey is determined to uncover the identity of the killer.

In Place of Death

When an urban explorer finds a murdered man deep beneath the streets of Glasgow, crime scene photographer Tony Winter’s past seem determined to come back to haunt him.