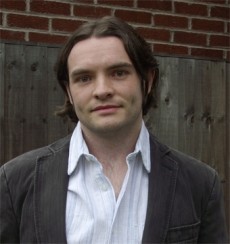 Kerry Wilkinson is something of an accidental author. His debut novel, Locked In, the first title in the detective Jessica Daniel series, was written as a challenge to himself but, after self-publishing, it became a UK number one bestseller within three months of release. Kerry has a degree in journalism and works for a national media company. He was born in Somerset but now lives in Lancashire.

Craig Macklin’s parents owe money and the interest is mounting at a rate they can’t keep pace with, but when Craig tries to help out, he finds that paying the money back isn’t easy.

Reviewed on 18 February 2017 by Linda Wilson

Down Among the Dead Men

Jason Green works for crime boss Harry Irwell, but when Jason’s younger brother gets into trouble, it looks like he’s on his own, despite having friends in low places.