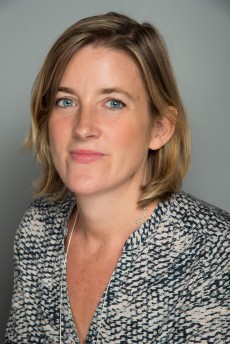 Nadia Dalbuono was educated at Queen’s College, Oxford, where she read history and German. For the last 16 years she has worked as a documentary director and consultant for Channel 4, ITV, Discovery, and National Geographic. Her work has taken her around the world, looking at subjects as varied as environmental sustainability, schools admissions, Mahatma Gandhi and 9/11.

The Hit is the third book in the Leone Scamarcio series, following The Few and The American. Nadia was inspired by a visit to Rome for worj in 2008m and is intrigued by the dark ambiguities of Italian society. She lives in Milan.

A hostage situation is in progress in Rome and one of the terrorists asks to see Detective Leone Scamarcio in person. Scamarcio then has to find something and take it back before the deadline for the hostages to be killed expires.

A television executive and his family are involved in a car accident. But things are not necessarily what they seem.

A body is found hanging under the Ponte Sant’Angelo. Who is he and why are there similarities to the death of Roberto Calvi all those years ago? Inspector Scamarcio has his work cut out to solve this one.

Detective Scarmarcio of the Rome police force is given a job secretly by his boss and told to deal with it without telling anyone else. Then a young man is found dead and a young girl goes missing on Elba.

Reviewed on 21 November 2015 by Sylvia Maughan