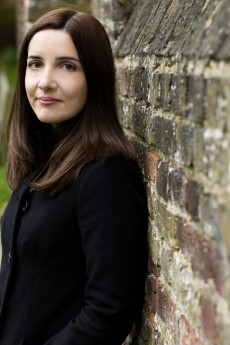 Jane Casey was born and brought up in Dublin, and studied English at Jesus College, Oxford, followed by an MPhil in Anglo-Irish Literature at Trinity College, Dublin. She was working as a children's books editor when her manuscript for her first book, The Missing, was discovered on her agent's slush pile. Ebury Press signed her up shortly afterwards. Jane is also the author of the Maeve Kerrigan series, and three crime novels for teenagers in the Jess Tennant series.

Barrister Ingrid Lewis is certain someone wants her dead. John Webster, given a two-year suspended sentence for stalking and harassing Ingrid, claims not to be involved and insists he’s the only person who can help her uncover the truth.

A dismembered body found in the mud of the Thames foreshore leads DS Maeve Kerrigan into the more rarefied air of the exclusive and expensive Chiron Club in her search for a killer.

When convicted murderer Leo Stone is allowed out of prison on licence while awaiting a fresh trial, another young woman disappears, leaving the finger of suspicion to point at him.

A young woman returns home to find her mother missing and the house covered in her blood. Newly-promoted DS Maeve Kerrigan has to deal with both a murder inquiry without a body and abrasive DI Josh Derwent.

One of Jess Tennant’s classmates has gone missing. Jess is warned to keep her nose out of police business, but she’s not going to let Inspector Dan Henderson cramp her style, even if he is her boyfriend’s dad.

Reviewed on 07 November 2015 by Linda Wilson

After a devastating fire in a London tower block, DC Maeve Kerrigan and DI Josh Derwent have to uncover the secret world of the 11th floor.

A killer is at large in London and police officers are being targeted. DC Maeve Kerrigan and DI Josh Derwent need to find the link between the cases before the body count mounts even higher.

A boy is found in Port Sentinel, badly beaten and left for dead. Jess Tennant doesn’t want to get involved, but when her cousin and a friend plead with her to do some detective work, Jess finds herself inexorably drawn into the mystery of what really did happen to the seemingly popular and exceedingly rich Seb Dawson.

The Stranger You Know

A serial killer is at work, and there are echoes of a cold case from 20 years ago. Maeve Kerrigan is shocked when suspicion falls on her obnoxious colleague DI Josh Derwent.