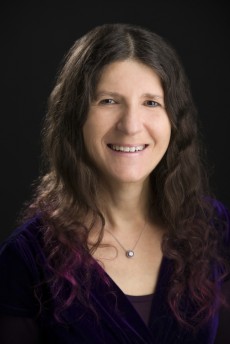 Leigh Russell writes the series featuring police detectives Geraldine Steel and Ian Peterson, which are currently in production for television. Her debut novel, Cut Short, was shortlisted for a CWA Dagger Award, and went on to become the first in a long-running series. She also writes the mystery series featuring investigative reporter Lucy Hall. Leigh studied literature at university, then had a number of different jobs before becoming a teacher, a career that enabled her to share her enthusiasm for books with teenagers. She is now a full-time writer.

Detective Sergeant Geraldine Steel must discover what links the deaths of vulnerable men to uncover a vicious killer.

Only Detective Sergeant Geraldine Steel thinks a murder is the work of a more deliberate killer. When two more victims die in similarly indiscriminate attacks, the spectre of a serial killer stalks York.

An apparently inoffensive woman is murdered and DI Geraldine Steel’s colleagues all believe that they have found the murderer. Then the person giving him a strong alibi is also found murdered. Geraldine’s instincts tell her that they have got the wrong man.

Reviewed on 17 February 2018 by Kate Balfour

Caroline Robinson’s life is turned upside down when her husband is murdered and one of her sons is kidnapped, but she can’t go to the police for fear of implicating herself.

DI Geraldine Steel investigates when a businessman is brutally killed and his wife and her young lover are automatically suspects, but then another murder takes place by the same method.