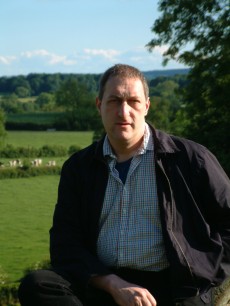 Andrew Lane is a journalist and the author of the Young Sherlock Holmes series of young adult novels, starting with Death Cloud, and also the Lost Worlds series. He has written spin-off novels based on Doctor Who, as well as guides to Babylon 5 and the Wallace and Gromit films. He is the author of The Bond Files: An Unofficial Guide to the World’s Greatest Secret Agent.

Young Sherlock returns to his childhood home after the death of his mother and trouble doesn’t take long to seek him out when his sister’s fiancé disappears without trace.

Reviewed on 12 December 2015 by Linda Wilson

Sherlock has been sent to Oxford to catch up on his studies but, along with his friend Matty, they’re soon caught up in a mystery involving missing body parts.

Reviewed on 13 December 2014 by Linda Wilson

In the search for new DNA and a cure for his paralysis, Calum Challenger and his friends plan to hunt down a shadowy creature in Hong Kong. But when Calum's taken hostage and taken to New Mexico, no one knows he's gone. And he's not the only one in trouble.

Sherlock has nearly found his way back to England after his adventures in the Far East, but before he gets home, he has to stop over a little longer that he intended in Ireland to help his brother Mycroft investigate the strange case of a man who claims he can talk to the dead.

Calum Challenger is in search of the Almasti, a creature unrecognised by science which is believed to live in the wilds of the Caucasus mountains. With the help of a motley bunch of allies, he goes up against a shadowy corporation in a race to find them first.

Reviewed on 14 December 2013 by Linda Wilson