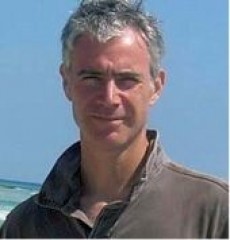 Simon Mason was born in Sheffield. His father was captain of Sheffield United and his mother was a sex therapist. He was happy at school, miserable at Oxford uni, and happy again in publishing, where he has worked all his adult life.

As a young, incompetent editor he was shouted at by some of the most distinguished authors of the day, including John Updike and Ted Hughes and, memorably, VS Pritchett, who was 90 years old at the time and couldn’t shout very loud or for long, but who helpfully called his younger wife to the phone to continue the shouting.

In his spare time Simon has written books, including three novels for adults, several novels for younger readers, and a work of non-fiction, The Rough Guide to Classic Novels.

He likes reading, day-dreaming and doughnuts. He runs five miles three times a week. He dislikes crowds and prefers to sit quietly at the edge of things, watching. His dreams are like B movies in black and white, and almost always involve being chased in terror along rainy streets at night.

The disappearance of a girl from her home late one night puzzles the police. Teenage sleuth Garvie Smith has his own ideas about Amy Roecastle’s disappearance, but no one is particularly interested in his take on things – at least not until their own ideas start to run out.

Reviewed on 28 September 2019 by Linda Wilson

When a teenager from his school is shot dead, Garvie Smith is reluctant to leave the investigation to the local police, especially as he’s sure they’re just not asking the right questions.

When Chloe Dow’s body is found in a pond, Garvie Smith isn’t very impressed with the police investigation into her murder. The only problem is that Garvie’s still at school and is meant to be revising for his exams, not sticking his nose into other people’s business.