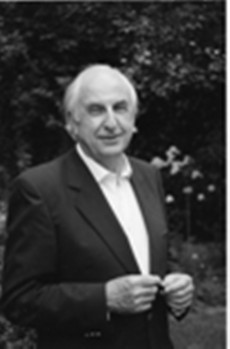 Michael Bond was born in Newbury in 1926. His visits to Reading Station to watch the Cornish Riviera Express go steaming through started a love of trains.

During World War II he served in both the Royal Air Force and the Middlesex Regiment of the British Army. He began writing in 1945 and sold his first short story to a magazine called London Opinion. His first book, A Bear Called Paddington, was published in 1958 when he was working as a television cameraman for the BBC.

He says: “I bought a small toy bear on Christmas Eve 1956. I saw it left on a shelf in a London store and felt sorry for it. I took it home as a present for my wife Brenda and named it Paddington as we were living near Paddington Station at the time.”

After the first Paddington book was accepted, Michael went on to write a whole series and by 1965 his books were so successful that that he gave up his job with the BBC in order to become a full-time writer.

Michael has also written another series of children’s books, the adventures of a guinea pig named Olga da Polga, as well as the animated BBC TV series The Herbs. He also writes culinary crime novels for adults featuring Monsieur Pamplemousse and his faithful bloodhound, Pommes Frites.

In 1997 Michael was awarded an OBE for services to children’s literature.

Monsieur Pamplemousse and the Tangled Web

Monsieur Pamplemousse and his loyal canine sidekick Pommes Frites investigates dastardly goings-on at a restaurant where the owner has turned up dead.