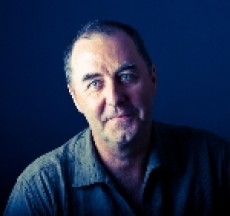 Steven Dunne has undertaken a variety of jobs, including public relations consultant, freelance journalist and supply teacher. He's even had a brief career in stand-up comedy. He's also written occasional articles for The Guardian, The Times and The Independent. In 1988 he began teaching English in Croydon before moving to Derby in 1996, where he began to consider writing a novel. His fourth novel featuring DI Damen Brook is called The Unquiet Grave, and is published by Headline.

Weeks after the disappearance of an Irish student in Derby, the body of a Polish girl is found in the back of a burnt-out van. Detective Inspector Brook thinks the two are linked, but he has to navigate the complex world of organised crime in order to find out how.

Reviewed on 24 October 2015 by Madeleine Marsh