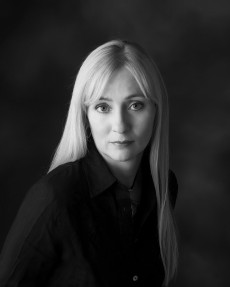 Caro Ramsay was raised on the south side of Glasgow and was drummed out of the Brownies for insubordination – badge-less!  She was the youngest person ever to graduate from the British School of Osteopathy in London, where rather than being a valued member of a Primary Care Team, her job seemed to consist of translating the Taggart episode that had been on the night before. Upon graduation, she returned to Glasgow to establish her own practice, which even in the early days included the treatment of animals. It was while recovering from a very bad back injury that she started writing what was to become Absolution.

The Tears of Angels

A gruesome murder forces DCI Anderson and DI Costello to reopen an old case into the violent death of two boys.

Reviewed on 10 December 2016 by Linda Wilson

Elvie McCulloch’s sister disappeared while out for a run. When a woman who disappeared in similar circumstances turns up dead in dramatic circumstances, Elvie starts to fear the worst for Sophie.