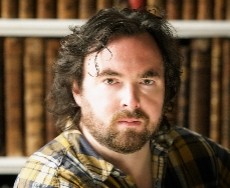 Stuart Neville's debut novel, The Twelve (published in the USA as The Ghosts of Belfast, won the Mystery/Thriller category of the Los Angeles Times Book Prize, and was chosen as one of the top crime novels of 2009 by both the New York Times and the LA Times. He has been shortlisted for various awards, including the Barry, Macavity, Dilys awards, as well as the Irish Book Awards Crime Novel of the Year. His first three novels have each been longlisted for the Theakstons Old Peculier Crime Novel of the Year. His fourth book, Ratlines, about Nazis harboured by the Irish state following WWII was published in January 2013.

So Say The Fallen

DCI Serena Flanagan follows her instincts as she investigates the apparent suicide of a wealthy disabled man.

Those We Left Behind

DCI Serena Flanagan has just returned to work after breast cancer – and finds a nightmare case from her past come back to haunt her.

When Rea Carlisle forces open a locked door in the house of her dead uncle, she finds a scrapbook with a difference, not full of family photos, but of things like fingernails and hair, mementos of his victims.

Reviewed on 06 September 2014 by Linda Wilson

When a murdered German businessman is found in a Galway B&B with a note addressed to former SS paratroop commander Otto Skorzeny pinned to his body, Lieutenant Albert Drake of the Directorate of Intelligence is assigned to find the killer.