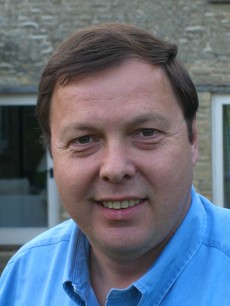 Felix Francis, younger son of the former jockey and writer, Dick Francis, studied physics and electronics at London University, before teaching physics for 17 years, the last seven as head of the science department at Bloxham School in Oxfordshire. He assisted his father with research for several years, and subsequently co-authored four books with him. Since his father's death in 2010, Felix has now written three books under his own name, the latest being Refusal.

Bill Russell is devastated when told that his wife has been murdered, and things get worse when the police make him their main suspect. Bill is sure his brother-in-law is the culprit, but is there enough evidence to get a conviction in court?

Reviewed on 18 January 2020 by Chris Roberts

Dr Chris Rankin is used to having patients die on her but none have been as shrouded in mystery as the man brought in unconscious after a day at Cheltenham races. Despite warnings, she isn’t prepared to leave well alone.

Something is rotten at the heart of American horse-racing, and British Horse Racing Authority investigator Jeff Hinkley goes undercover to help his US colleagues.

Jeff Hinkley is back, and investigating the racing scene again, but someone is determined to see him dead.

Jeff Hinkley, an investigator with the British Horseracing Authority (BHA) Integrity Service, puts his career and life on the line to single-handedly prevent the collapse of British horseracing.

Reviewed on 01 November 2014 by Fiona Spence

Sid Halley is reluctantly lured back to investigating when a sinister Irishman tries to cover up a racing scam.

Reviewed on 04 October 2013 by Sharon Wheeler