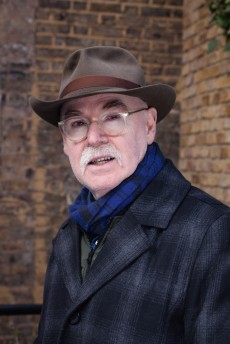 Paul Charles is a key player in the UK music industry. He managed his first group, The Blues by Five, when he was 15 years old and his business card listed the number of the local telephone box in his native Magherafelt, Northern Ireland.
Paul moved to London when he was 17 and studied to be a civil engineer, but the music business was his real distraction and he was more interested in writing about the London scene for Irish music papers than surveying, planning and drawing.
His real education began when he took on the multiple role of manager, lyricist, roadie, sound engineer and agent for the Belfast band FRUUPP in the mid 1970s. Before long he was responsible for breaking acts like the Undertones, the Human League and Ultravox, and over the last four decades he has been an agent for the likes of Ray Davies, Christy Moore, Don McLean, Elvis Costello, Robert Plant and Van Morrison. He has also programmed the Acoustic Stage at Glastonbury Festival for more than 25 years.
But as well as all of that he’s also a committed book reader – and collector – particularly of British detective fiction. Paul has always loved dabbling in writing, lyrics, sleeve notes and short stories, and in 1996 he attempted his first Detective Inspector Christy Kennedy Mystery, I Love the Sound of Breaking Glass, which was published the following year. As well as writing crime fiction, he is also the author of a number of music books.

DI Christie Kennedy investigates a hit-and-run outside the Gomorrhian Embassy and finds his path to the truth entangled in diplomatic complications.

Inspector Starrett tackles the murder of a young man at a home for retired Catholic priests, most of whom have secrets of an entirely worldly kind.

Reviewed on 07 January 2017 by Chris Roberts

The Lonesome Heart Is Angry

Reviewed on 10 January 2015 by Chris Roberts