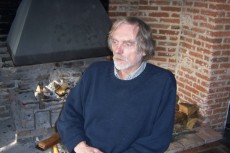 Edward Wilson is a native of Baltimore. He served as a Special Forces officer in Vietnam and received the Army Commendation Medal with ‘V’ for his part in rescuing wounded Vietnamese soldiers from a minefield. His other decorations include the Bronze Star and the Combat Infantryman’s Badge. After leaving the Army, Wilson gave up US nationality to become a British citizen. He is the author of four previous novels A River in May (shortlisted for the British Commonwealth Writers’ Prize), The Envoy, The Darkling Spy and The Midnight Swimmer, all published by Arcadia Books. The author now lives in Suffolk where he taught English and Modern Languages for 30 years.

War is building in the South Atlantic as Argentina prepares an invasion of the British Falkland islands. Conflicted MI6 man William Catesby is loyal to his country but will do anything he can to stop hostilities breaking out.

Senior MI6 officers Catesby and Bone try to outwit a cabal of power-hungry plotters on both sides of the Atlantic trying to overthrow the British Prime Minister.