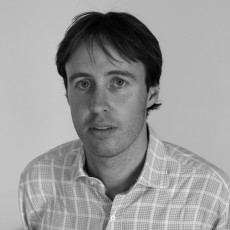 Thomas Mogford has worked as a journalist for Time Out and as a translator for the European Parliament. His first novels in the Spike Sanguinetti series, Shadow of the Rock, Sign of the Cross and Hollow Mountain, have been published by Bloomsbury. He was shortlisted for the CWA Debut Dagger Award for best new crime writer of 2013. He is married and lives with his family in London.

Spike Sanguinetti acts for a man accused of assault and finds links to wartime events which even now remain mysterious, with connections to people he knows well.

Lawyer Spike Sanguinetti takes a holiday in Corfu but finds himself involved in a murder, followed by a very dangerous trip to Albania.

When his legal partner is injured in a hit-and-run, Spike Sanguinetti takes over a marine salvage case where the principals are playing for very high stakes.