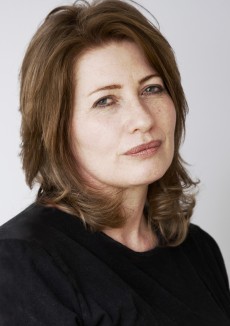 Belinda Bauer grew up in England and South Africa. She has worked as a journalist and screenwriter, and her script The Locker Room earned her the Carl Foreman/Bafta award for Young British Screenwriters. She won the gold dagger for best crime novel of 2010 with her first novel, Blacklands. Belinda lives in Wales.

DCI John Marvel wants to investigate murders not burglaries, so when a cold case gets on his radar, he’s prepared to break a few rules in pursuit of the truth.

Eve Singer, crime correspondent for iWitness News, needs murder: it pays the bills. For the killer who stabbed Layla Martin to death behind a glass door, murder is his art. Eve would say they are worlds apart. The killer wouldn’t.

Anna Buck has fallen apart at the seams since her son Daniel went missing. She’s convinced she can still hear his voice and so when Anna hears of a psychic who might be able to help, she jumps at the chance.

The Facts of Life and Death

When a series of lone women are terrorised and forced to call home so that their mothers can witness their ordeals, the police have no useful leads. Then the sinister game starts to escalate.

Student of anatomy Patrick Fort is a young man with a mission – to find out what happens when people die. His Asperger’s Syndrome means he will pursue that to extremes – and those extremes will lead him to a possible murder.