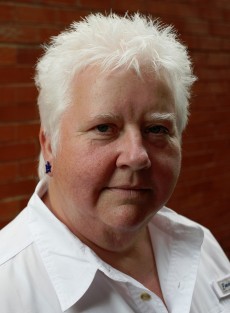 Val McDermid comes from Kirkcaldy, Fife, and read English at St Hilda’s College, Oxford (where she is now an Honorary Fellow). She was the first student accepted from a state school in Scotland. Following graduation she became a journalist, and worked briefly as a dramatist.

Her books include three main series: Lindsay Gordon, Kate Brannigan and the Tony Hill and Carol Jordan series. The Hill/Jordan series has been adapted for the television drama Wire in the Blood, starring Robson Green.

Val’s novels have been translated into 30 languages and have sold over 10 million copies worldwide. She has published 27 novels, short stories, non-fiction and a prize-winning children’s book. She is a regular broadcaster for BBC radio and lives in Edinburgh. Val also sponsors Raith Rovers FC!

The case of a body found in a peat bog is investigated by DCI Karen Pirie of Edinburgh’s Historic Cases Unit.

Reviewed on 01 September 2018 by Linda Wilson

When festival goers start falling sick, journalist Zoe Beck sets out to clear the name of the man whose sausage sandwiches are being blamed for the outbreak of the mystery disease.

Reviewed on 11 November 2017 by Linda Wilson

DCI Carol Hill and psychological profiler Tony Hill are up against a forensically aware killer who is determined to stay one step ahead of them, and is succeeding all too well.

Reviewed on 30 September 2017 by Linda Wilson

A DNA test done on a teenage car thief throws up an unexpected connection to a case of rape and murder 22 years ago.

Reviewed on 17 September 2016 by Linda Wilson

Carol Jordon, faced with the humiliation of a drink-driving charge, turns to former friend and colleague, Tony Hill, and the pair are soon immersed in a series of apparent suicides due to internet bulling. As ever, it takes Hill to spot the patterns others have missed.

When a skeleton is discovered at the top of a long-disused building, the neat hole in the skull makes it clear that this wasn’t a case of accidental death. Cold case specialist DCI Karen Pirie is called in to investigate.

Forensics The Anatomy of Crime

Crime writer Val McDermid takes a fascinating look behind the scenes at the world of forensic science and how it has developed over time.

Carol Jordan has cut Tony Hill out of her life. Or at least she thinks she has. Women who bear a resemblance to Carol are turning up dead, and there’s a very unlikely suspect in the frame.